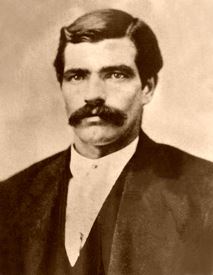 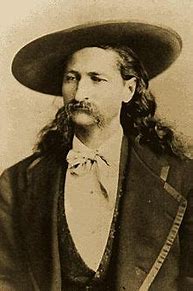 He was initially paid a salary of $150 per month plus $2 for each conviction of anyone he arrested.  Upon taking office, he was tasked with enforcing the very unpopular law of "no guns in town limits" and over the next several months he survived two assassination attempts.  After several other incidents and arrests he developed a solid reputation becoming widely respected and admired by the citizens of Abilene; so much so that in August his salary was increased to $225 a month.

Born in New York City on June 12, 1840, Smith grew up to be a middle-weight professional boxer prior to joining the police force.  Known as "No gun marshal", he was known for subduing assailants with his fists rather than a gun.

On November, 2, 1870, Smith and his deputy, James H. McDonald, rode ten miles outside of town to a dugout on Chapman creek to execute an arrest warrant on two local homesteaders, Andrew McConnell and Moses Miles.  The two men were wanted on charges in connection with the murder of a neighbor, John Shea.  A gunfight ensued, resulting in Smith being shot in the chest by McConnell.  Badly wounded, Smith returned fire and wounded McConnell.  His deputy fled the scene, and as Smith lay wounded, Miles hit him with the butt of a rifle then grabbed an ax and nearly decapitated him.  Smith is buried in the local Abilene Cemetery.  Thomas Smith is the first known Chief of Police to be killed in the line of duty in the United States.

The murdering pair, McConnell and Miles, were captured and in March 1871, both men were found guilty of murder and sentenced to long prison terms for their crime.  Afterward, the town of Abilene returned to lawlessness until the next marshal could be hired - notorious gunslinger, James Butler "Wild Bill" Hickok in April 1871.